These are the protocol analyzers tools that are very much common as used by the network technicians and to diagnose the network-related issue and their problems. These can also be used for spying on certain network traffic users and for definite collecting passwords. Packet Sniffers are hardware solutions as well as come in software applications that certainly run on the standard computers, deploying the network hardware that is providing on the host computer to perform the task of packet capture. We have written the finest technology blogs and technologist guest posts related to networking you can read it there too.

Packet Sniffers work through by logging into the network traffic via the wireless and wired network interface that has access to its host computer. On wired, what can be captured is depends on the network structure, and on the wireless network, the packet can capture only one channel at a certain time which unless the host computer may have multiple wireless interfaces that would allow for the definite multichannel capture.

Now once the packet data is capture either from the wired or wireless network the packet software must definitely analyze it and simply present it to the person in a human-readable form so that it can make sense to the person. Through this, the person can view the details of the conversation between two more nodes onto the network.

Network Technicians use the packet sniffer in a way of determining whether any device failed to respond to the persistent network request. Hackers use these packet sniffers to eavesdrop onto the unencrypted data in packets to see certain information being exchanged, also can capture the definite information as passwords.

For protecting the network and its data from the hackers using the sniffers, you can use encryption like the Transport Layer Security (TLS) or the Secure Sockets Layer (SSL). This encryption prevents them from not seeing the destination and source information and the sniffers only see the encrypted as in gibberish language.

The network sniffer definitely monitors the flow of certain data over a computer link network, can be a self-contained programmed software or a hardware device with correct software programming, there are many sniffer software applications that are available on the internet to download some well-known packed sniffers tools are defined below:

The Wireshark formally known as the “Ethereal” is open-source application software. Its best advantage is that it displays certain traffic data with the color-coding to show which protocol was used to transmit it. It is used to analyze the definite structure of the different network protocols. The tools like GTK+ widget use for capturing packet. Wireshark has the information about filtering the features and permits the user to see frequent all traffic that has been passed onto the network.

It also supports the 802.11 point to point and loopback, through the Wireshark, and by its GUI the user can easily browse the captures data networks. The new protocols can scan by creating the plugins, also can capture the traffic of (VoIP) voice over internet protocol which trace calls over the network. Its disadvantage is that it won’t warn you when some intruder does some problems on your network it will not manipulate the network it does not send certain packets in the network or do any other active things.

It is a type of packet analyzer software that certainly monitors and logs transmission control protocol (TCP/IP) and the traffic passing in between a certain network and to computer to which it is executed.

this packet sniffer best use in monitoring and in management benefit and also captured on operating node for debugging and diagnosing network tasks.

You may certainly need to limit the amount of traffic to look at and how much information you capture.

They are most used packet sniffers in windows which often use in password recovery. They use such vital techniques as cracking or encrypting the passwords, recording the VoIP, recovering the wireless network keys.

much useful for the security professionals and for administrators and for the penetration tester.

Unfortunately, they are only available for the Windows operating system.

This packet sniffer is used as a wireless network detector and an intrusion detection system. It can frequently be expanded through the plugins to handle alternate network types.

It can detect the network IP from the various range. Also can get data from the receiver of GPS for allowing geographical use.

Kismet may take more time to search for the networks. And can only identify the Wi-Fi networks in small areas, and if the range is more. It is unable to work properly.

It is a network analysis traffic. And can also be known as the password sniffing tool to resolve various application protocols.

The use of dsniff is free and its work on Linux, MAC OS X, and Windows Operating systems.

It may have an FTP connection problem. The dsniff TCP/IP library needs to overview the beginning of a connection. And in order to follow it else, it won’t show any network activity.

It is a type of a packet sniffer that allows the user to see all the certain available Wi-Fi access points. And the definite networks that are under a range of your active Wi-Fi computer. The netstumbler is made to be for desktop and laptop machines.

The process immediately starts definite scanning for the signal. When you launch it, netstumbler starts it creates a certain new file with year, month & day. Likewise, the file will create as 201703131118 (13th March 2017 at 11:18 A.M). Through this, it will help to find frequent data files created over the days or years.

If you wanted to connect it with the GPS. You will need to change the GPS options.

It is an application that is for useing to certain wiretap the networks. The tool is the best for suiting for the LAN environment and also relies on Address Resolution Protocol (ARP). A telecommunication protocol spoofing.

It is much user friendly in ettercap. When once the adapter is select the user can defiantly select the hosts. And can scan the network and start sniffing. After this, the data show live files which to be injected if other network device is not certainly hardened and can capture the data.

The Ettercap might kill the connection of the client, it may be harmless, but it can’t scan hosts.

The Ngrep is a little bit of the multi-tool which is short for “network grep”. A grep is a command-line for certain searching plain-text data. And is set for line matching a regular expression. The ngrep is using to extract from the persistent wire packets which frequently match a given regular expression.

The ngrep easily set to capture the entire packet through the ports. And to match up the packets to BPF (Berkeley Packet Filter) file that usually provides a raw interface. And send to data link layers to send and received. Likewise, if you are in a step of troubleshooting and want to look for non-secured connections that would be HTTP. Then you can able to match the ngrep for indicating the HTTP requests.

The problem arises with it when the network is sending some packets in certain responses to ARP (Addressing resolution protocol). And ICMP (Internet Control Message Protocol) devices like certain routers to generated persistent error messages.

It is an ideal network traffic investigation that certainly shows network usage.

A packet sniffer is a portable sniffer. In order to run persistently on every certain UNIX platform, MacOSX and onto Windows as well. It usually sorts the network traffic in a way that according to many of the criteria including the IP address, ports, and protocols.

While during the installation it may take several processes. Likewise, it recommends that you fetch the ntop certain coding. And in order to compile the packet sniffer, you need to install some of the libraries

It is a packet sniffer of a graphical network that monitors around for the modeled of UNIX.  And also feature linked layers IP and the TCP modes.

The best ideal usage of this sniffer is that it shows the network displays. As graphically activity and the links and hosts change with respect to size. Also has the protocols display in coded color. And the tool kit used for the installation purpose is the GTK+ within the operating system of Linux.

While using it, we have to be tuned while the increased line size occurs. Because the default creates such configuration giant nodes and some think lines that make the graph unreadable.

Umair is a Digital Evangelist and a SEO Lead at 8Technologist. He is an Internet Savvy and often watch Netflix in his free time. Feel free to contact on his Facebook & LinkedIn profile. 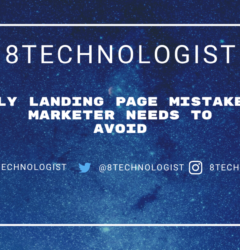 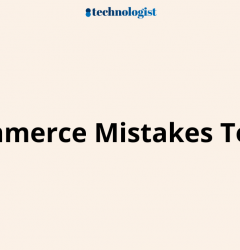 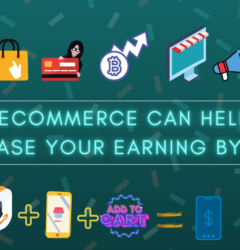 How eCommerce Can Help You Increase Your Earning B